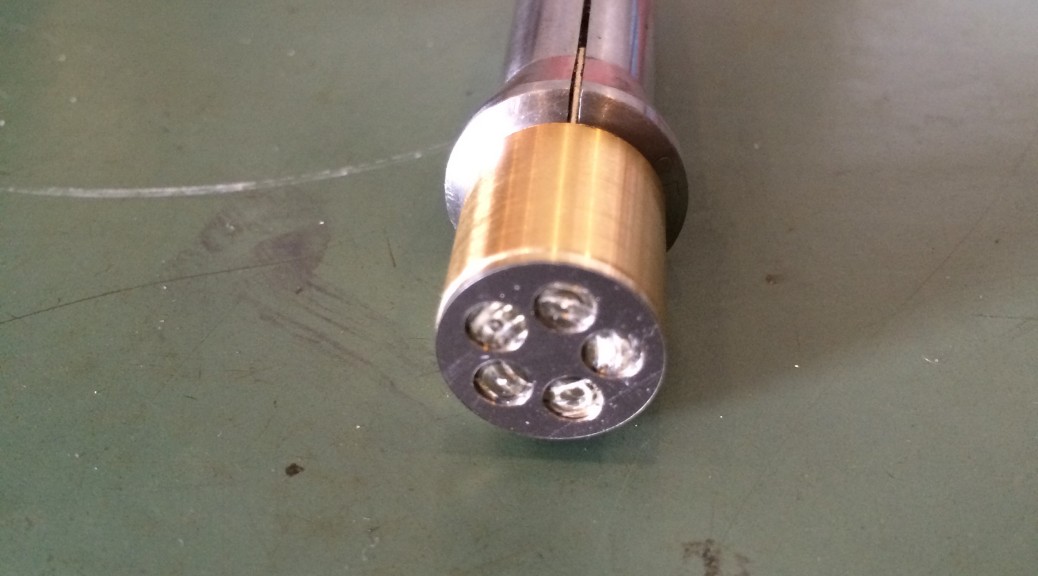 The third wheel is the smallest in the going train of my watch, with 90 teeth. The process for making this was:

2. Attach the blank to a brass wax chuck with superglue and turn down to the wheel full diameter on the Schaublin 70 lathe.

3. Set up the Aciera F1 so that the end of the electronic indexing spindle was facing the horizontal spindle so that the 5 circles could be cut out: 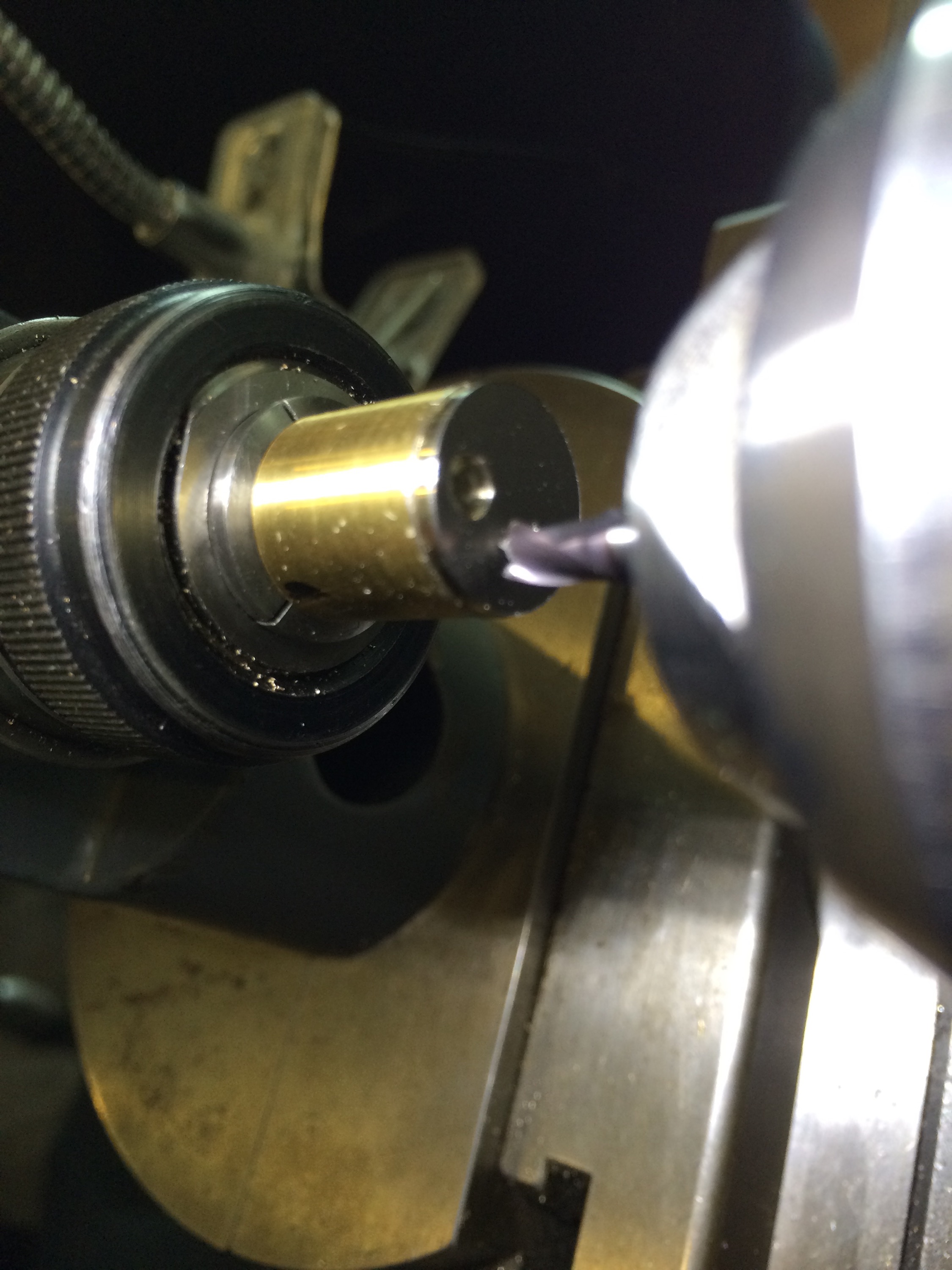 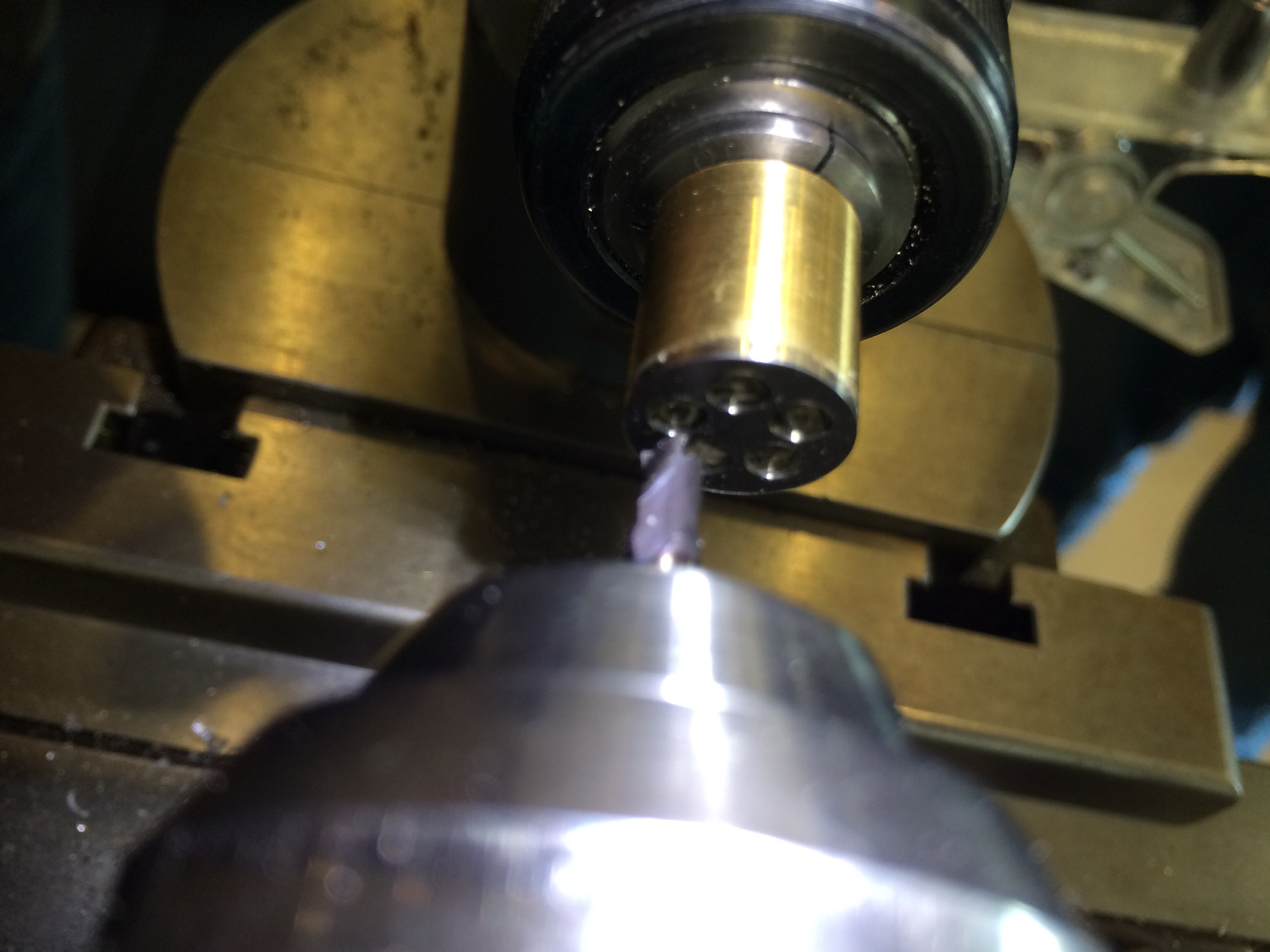 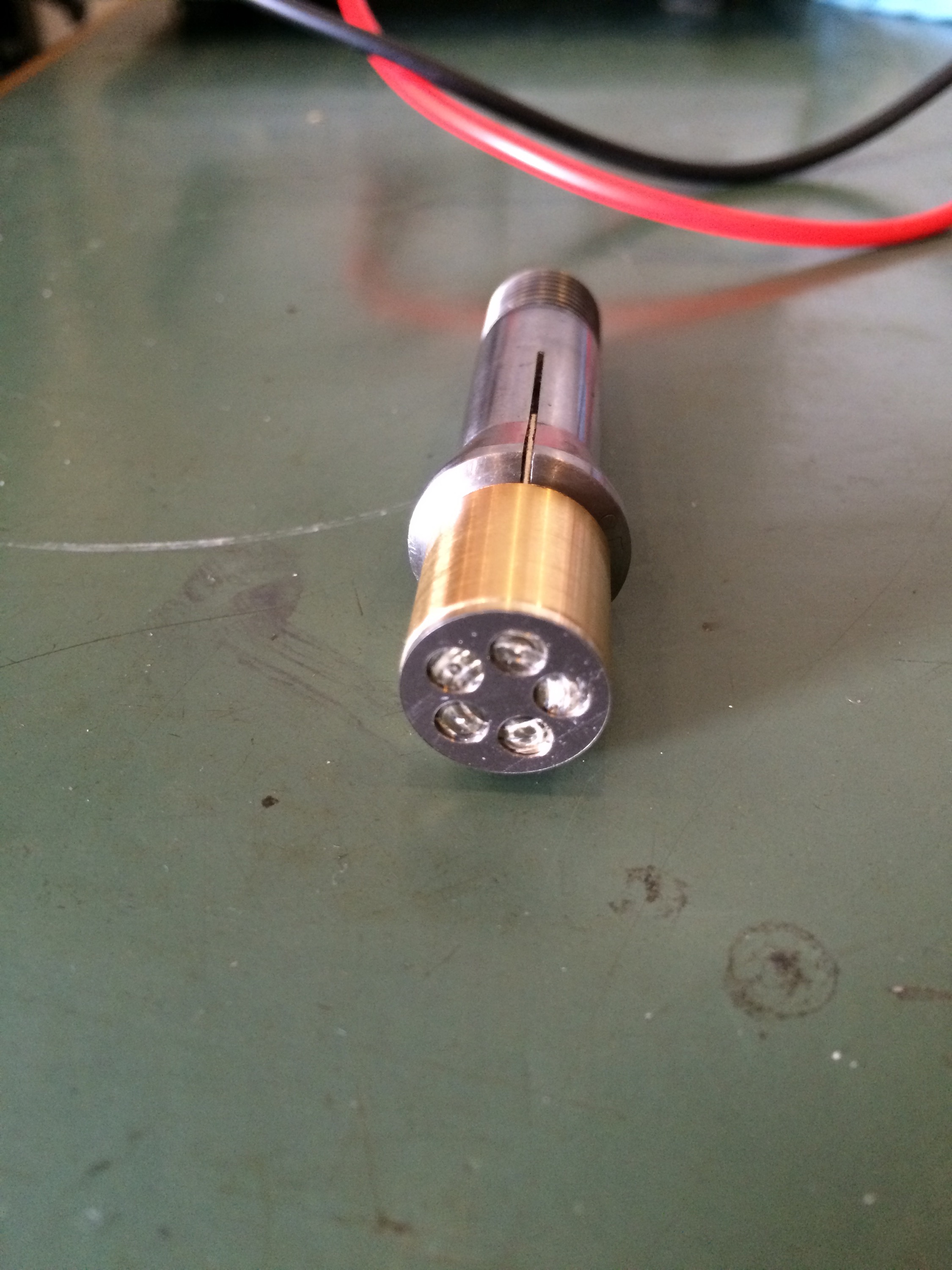 4. Set up the F1 for wheel cutting and start cutting teeth: 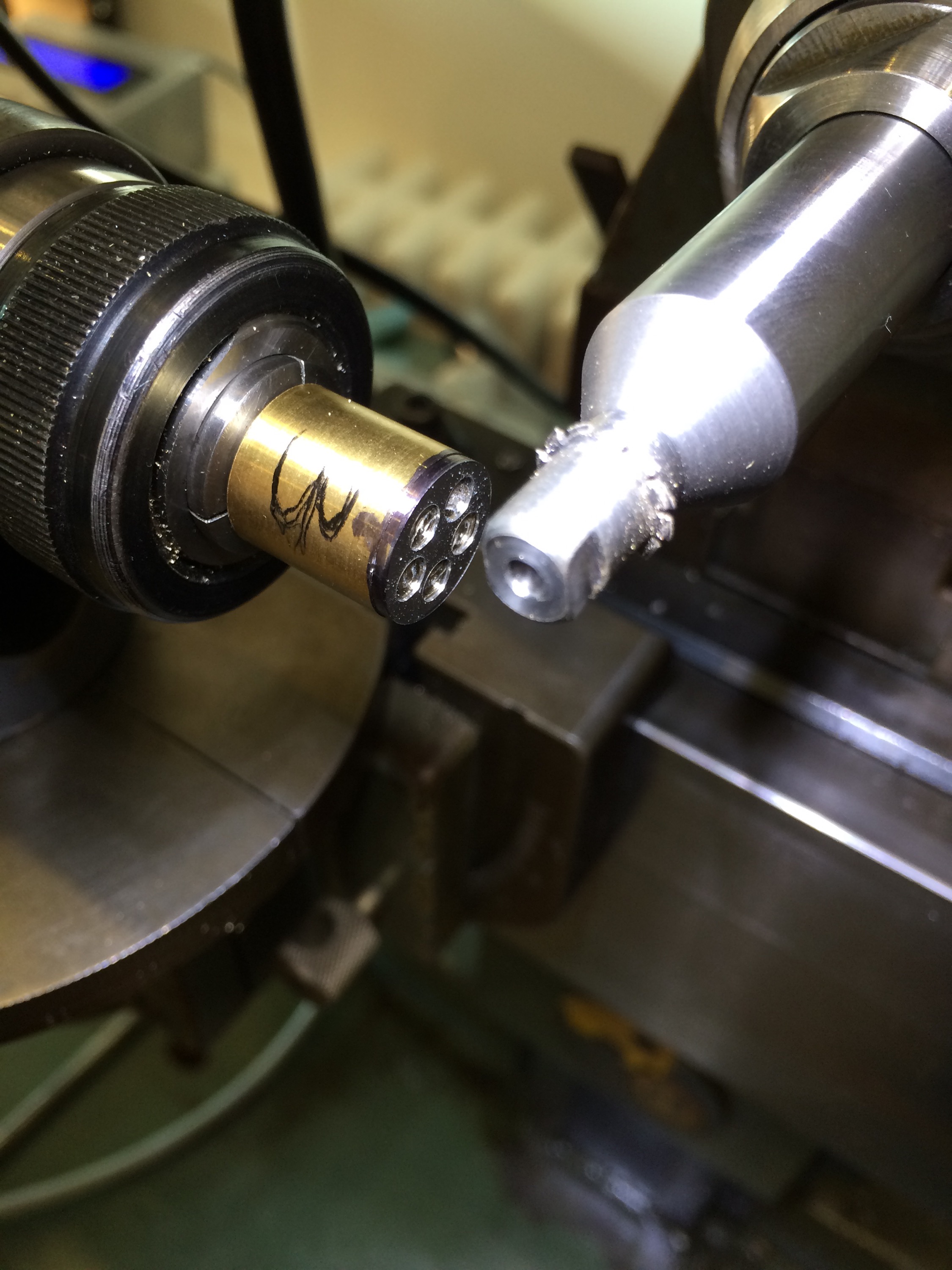 Unfortunately I had a momentary lapse of concentration when cutting the teeth on this wheel and advanced the indexing spindle part way through cutting a tooth, flattening off the top of the tooth and rendering the wheel a learning experience rather than a part of the watch. Thankfully I had another few wheel blanks…

The second attempt at making the third wheel went without a hitch until the polishing stage, although this problem wasn’t discovered until later. I tried holding something firm up to the wheel in the lathe to polish the exposed face but unfortunately it caught and rounded off the edge, making some of the teeth thinner than the already thin 0.2mm.

Despite the polishing problem, I was determined to try to get the third wheel in the depthing tool, attached to its own pinion and meshing with the fourth wheel pinion, so focus changed to pinion cutting.

Having made the pinion (see link), I then bored the centre of the third wheel to 1.2mm to accept the turned down portion of the pinion, the rivet. Removing the wheel from the brass arbor was challenging at first, until acetone was dropped into the holes in the wheel, at which point it came free. 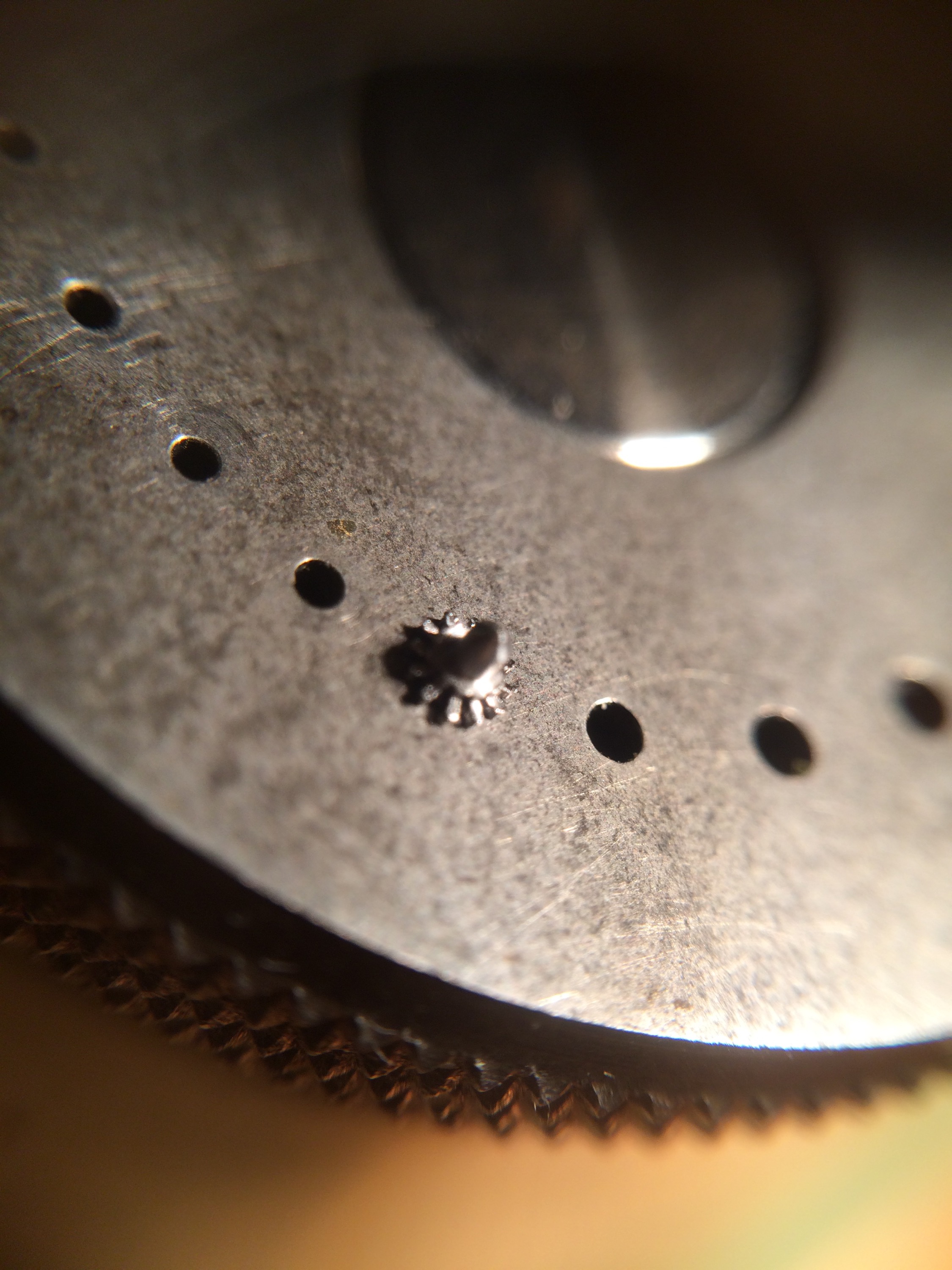 The third wheel meshing with the fourth pinion in the depthing tool: 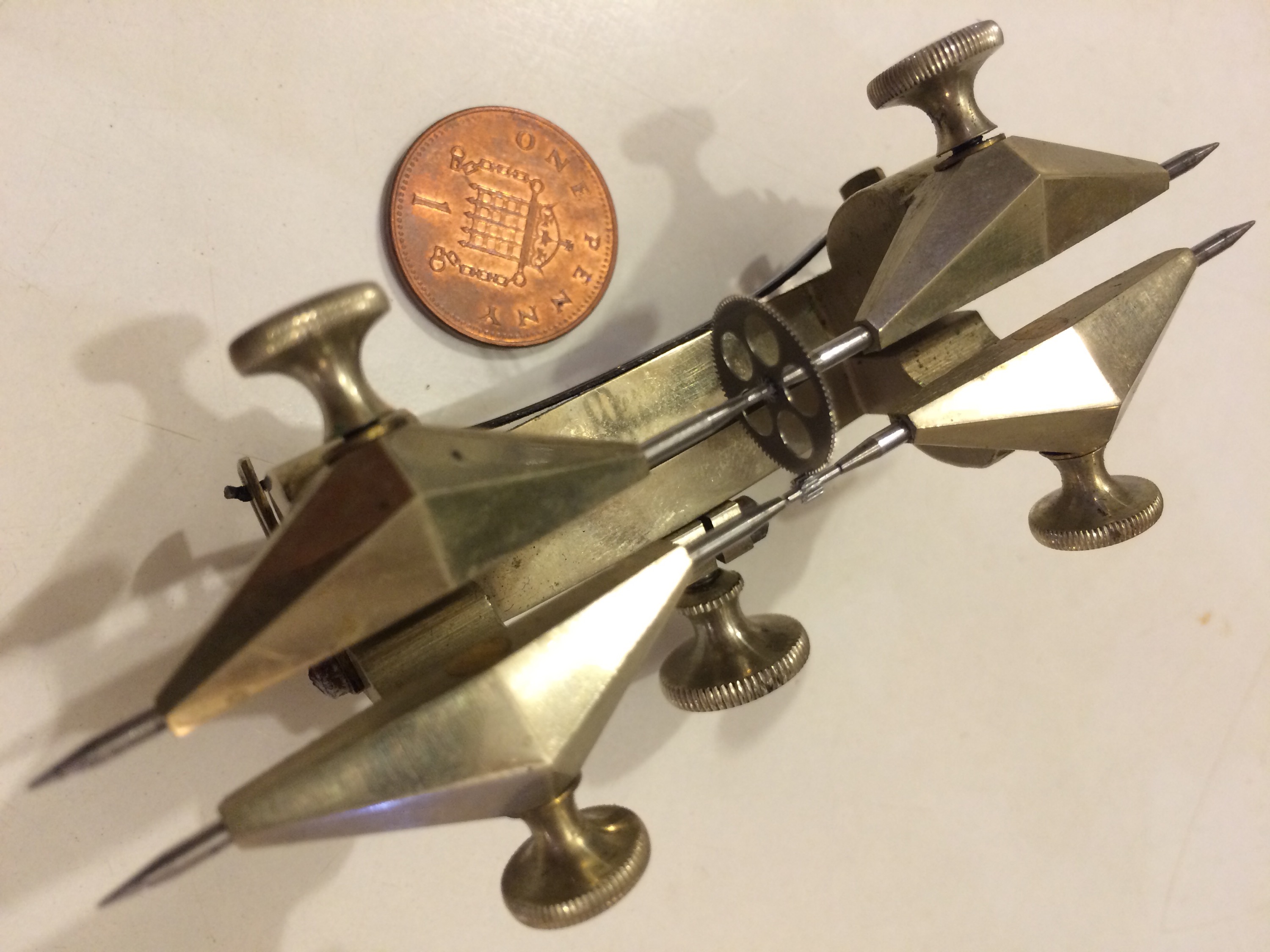 After playing around with the depth of engagement a bit it became apparent that when fully engaged, the wheel would turn freely in one direction but would lock if turned the other way. On closer inspection, my fears were confirmed: the leaves on the fourth pinion were not right, the cutter must have been off centre. The error can be seen in the photo below, where the tip of the pinion extends anticlockwise. 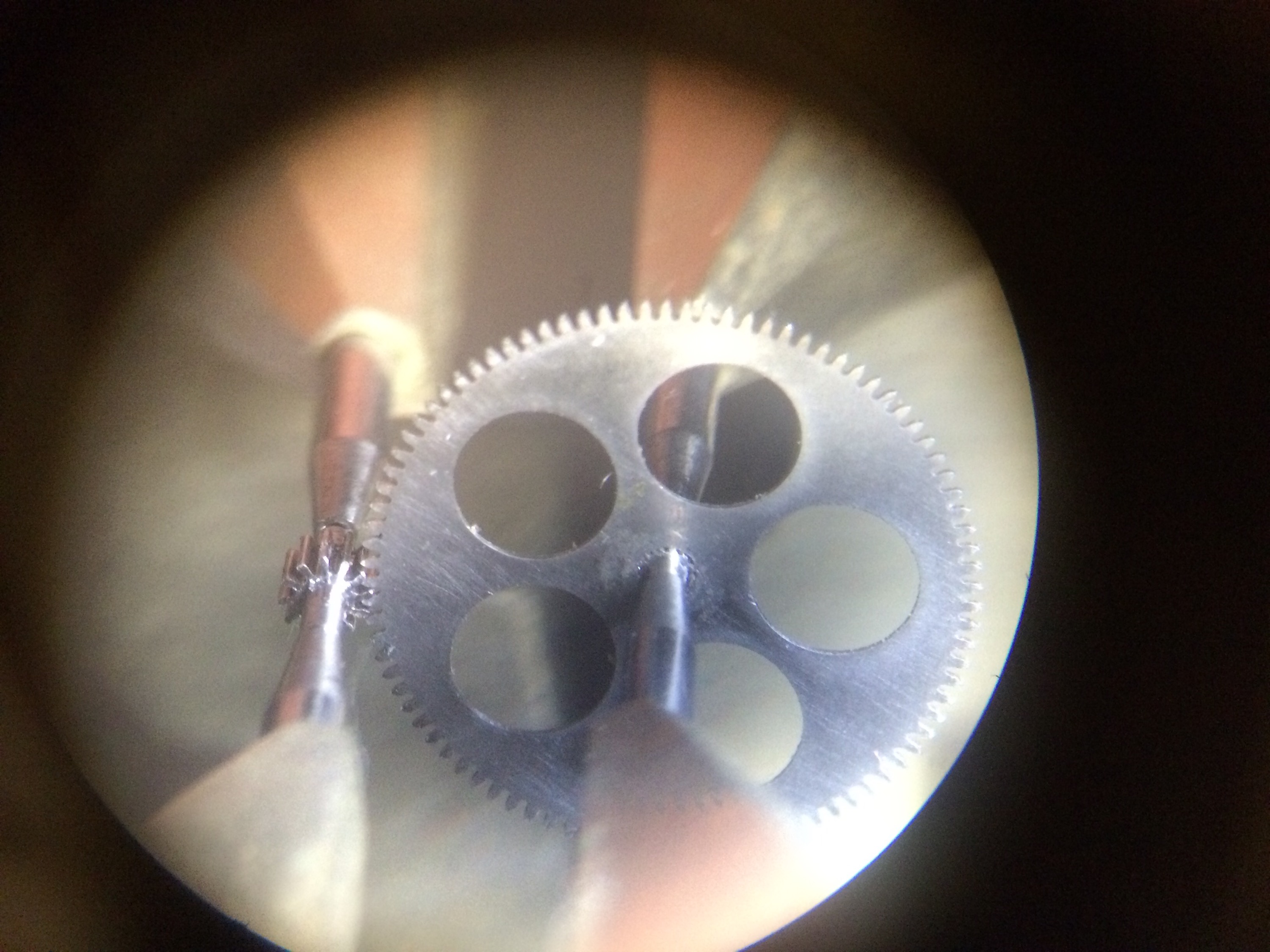 After making another pinion and discovering the same error afterwards, despite having accurately centred the indexing spindle under the cutter with the centring microscope, I suspect there is either a problem with the alignment of the microscope or a problem with my technique.