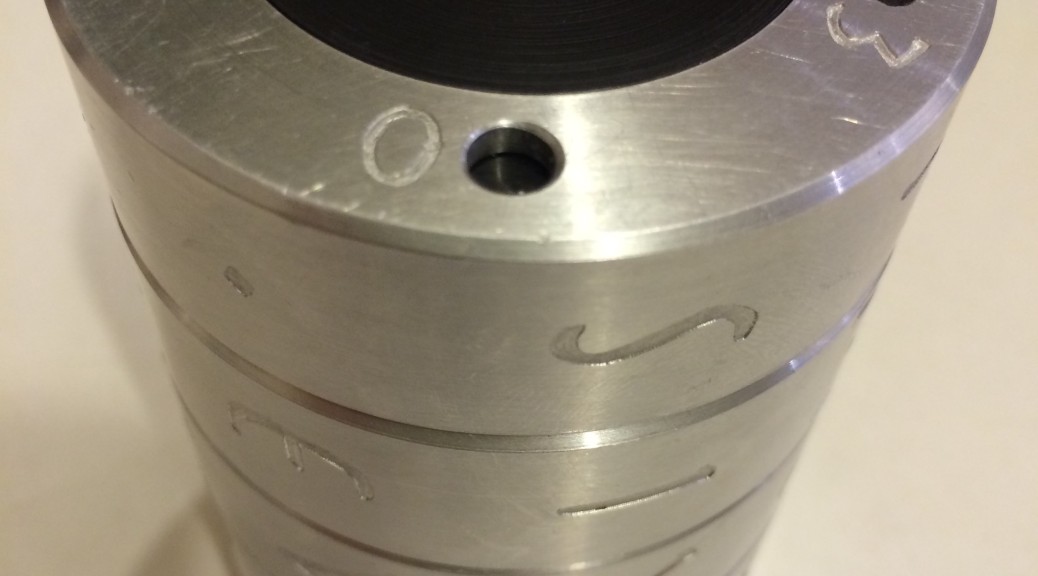 A few years ago I made a mechanical puzzle for a friend, with 5 aluminium rings around a cylindrical aluminium core. Each ring had a pin protruding from the inside that engaged in a slot in the core and all each ring was joined to its neighbours so that each could rotate independently but all had to move along the core together. The aim was to remove the core by twisting the rings and it was just a case of mental agility and spatial awareness to learn how to do it.

Once that puzzle had been cracked, I started on a new design; I was determined that solving this one would involve, not just random movements. The basic design was again a core with 5 rings but this time each ring was engraved with 8 letters. 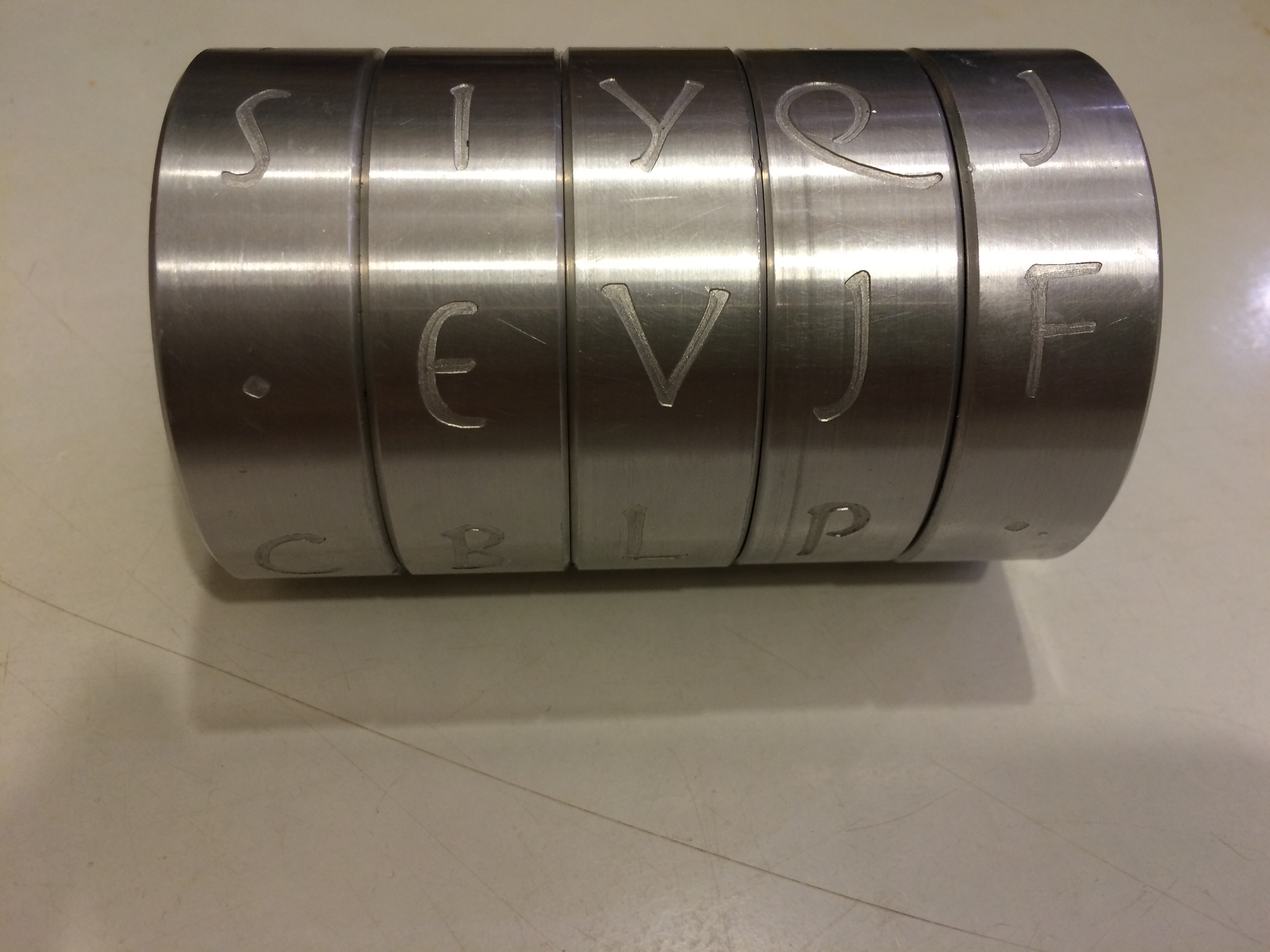 Aligning the letters across the rings to spell out words meant concealed holes through the rings moved into line, allowing a key inserted into a hole in one end… 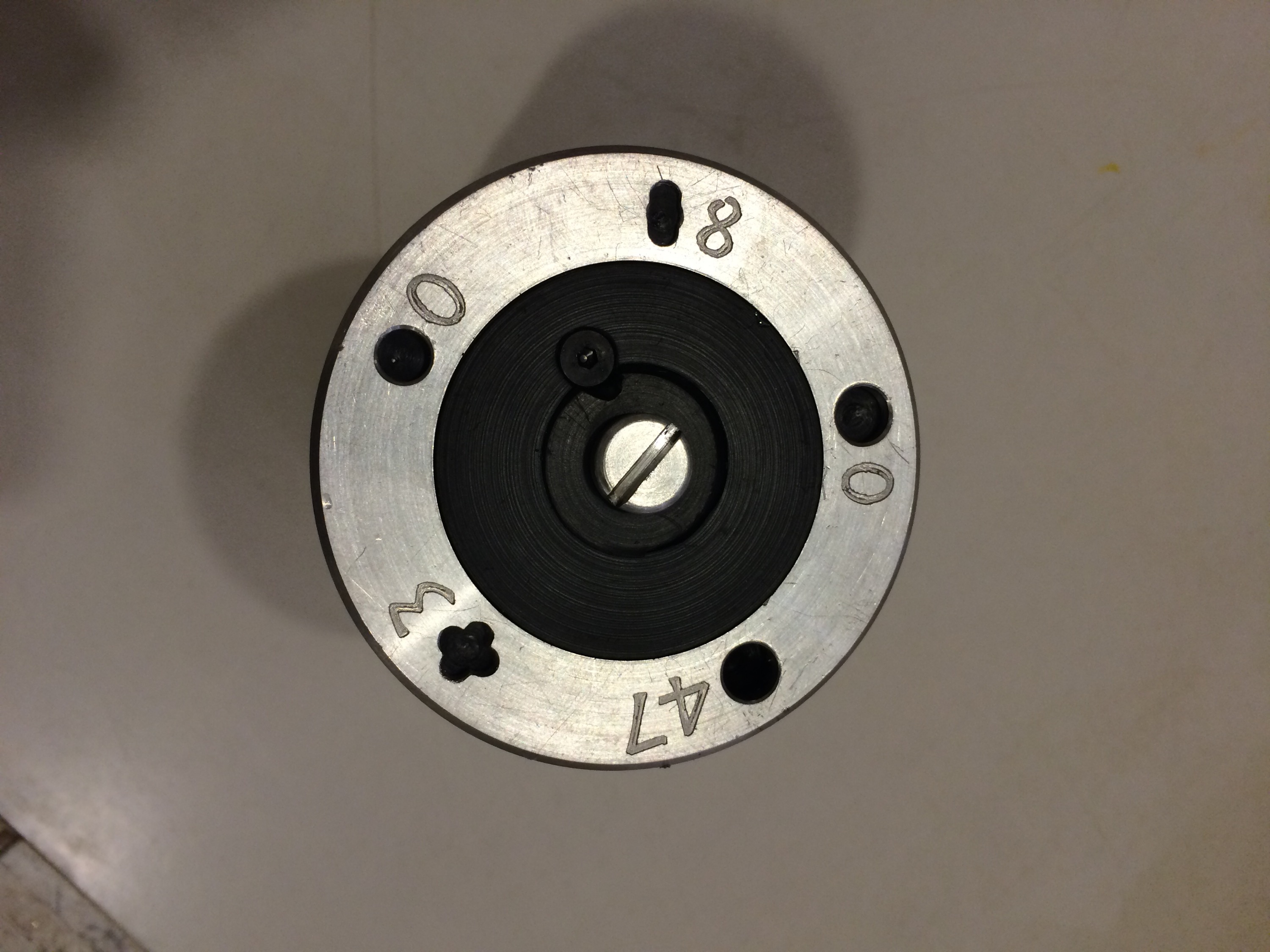 to push out another key from the other end: 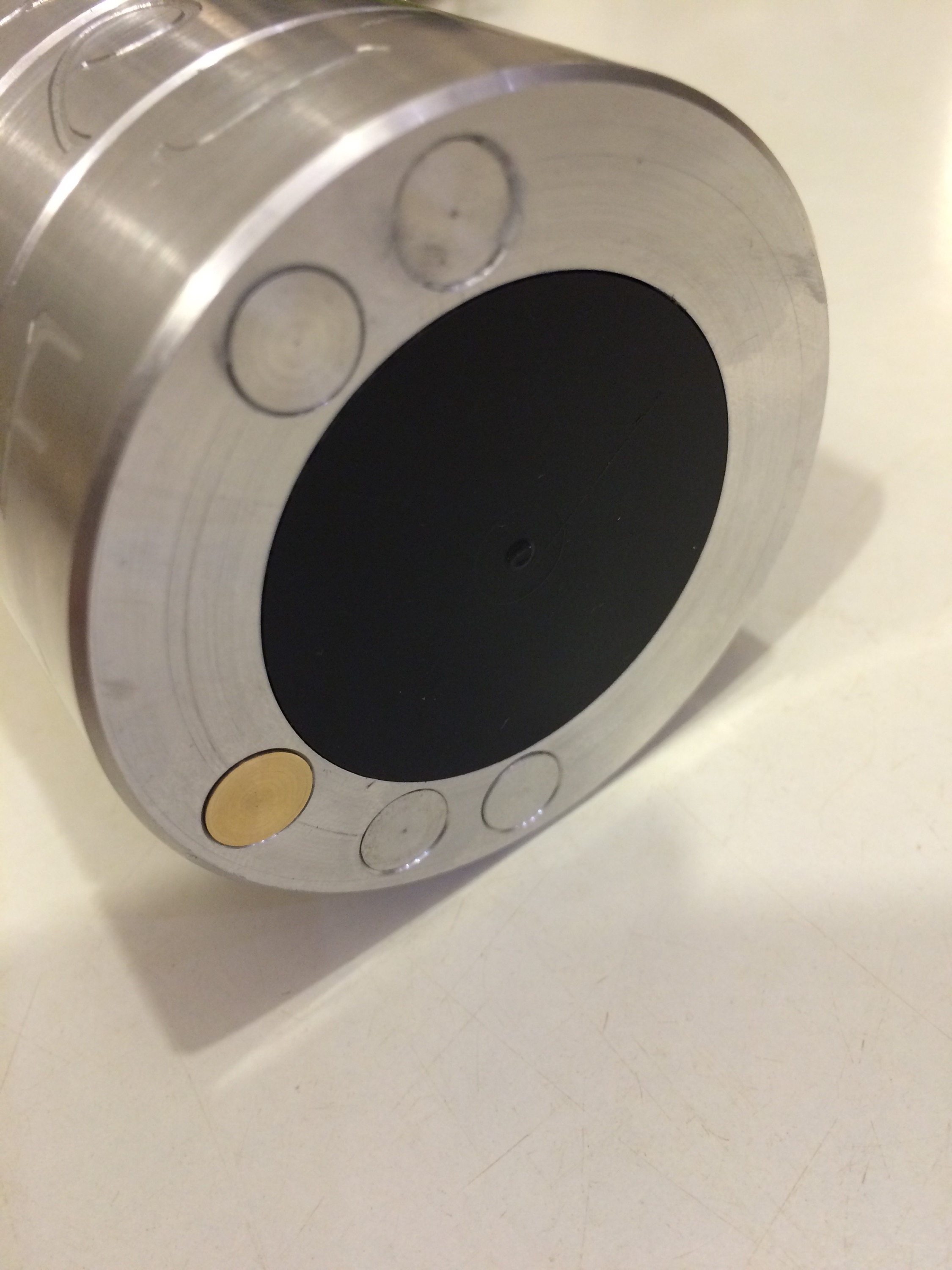 In all there were about 50 pieces, all made by me except the ball plungers providing the 8 position indexing, taking a total of quite a few tens of machining hours. 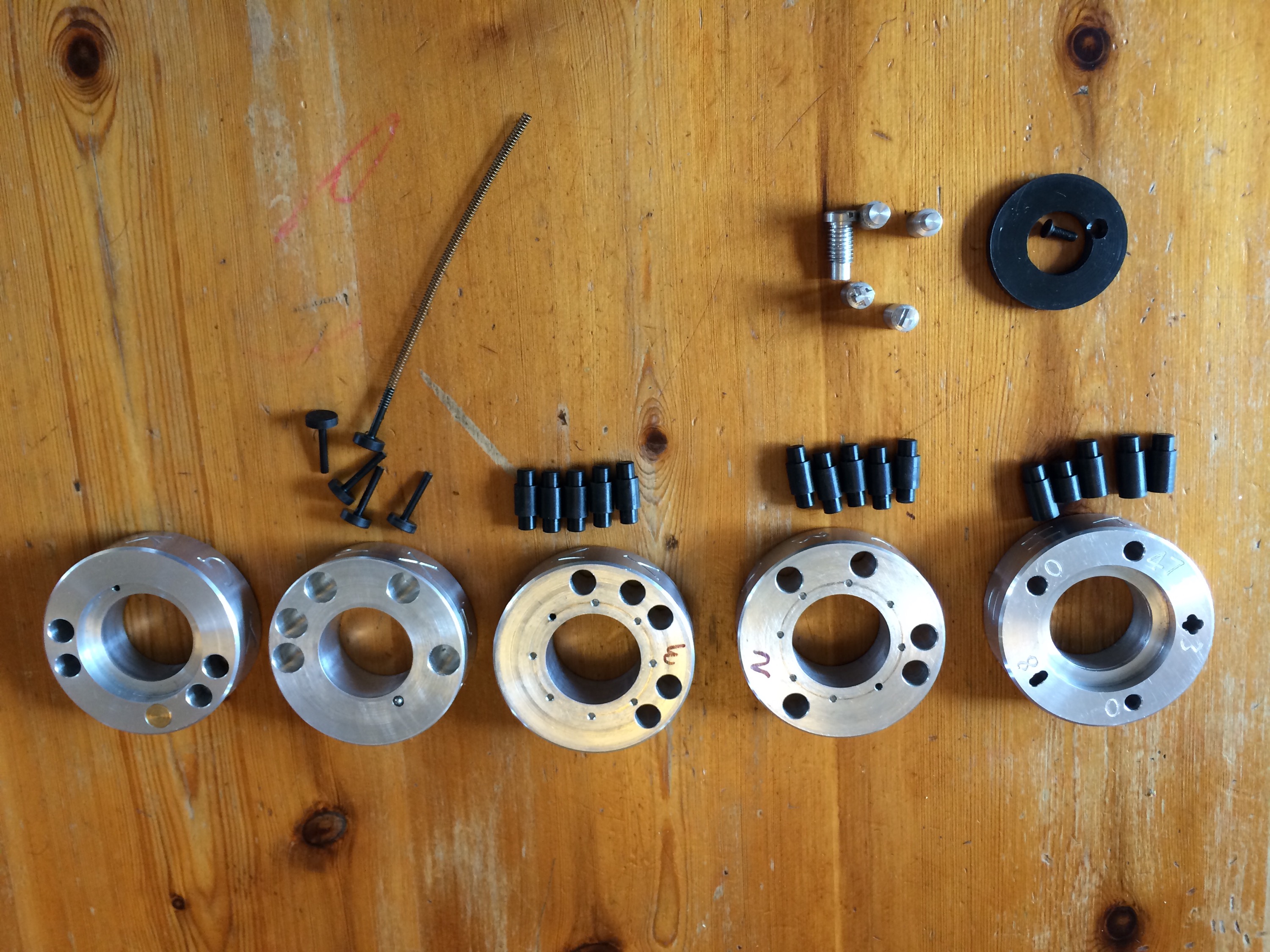 The letters were engraved on a little CNC mill, which had been sitting idle for about 10 years. I made up a support to mount the electronic indexing head from the Aciera F1 on the bed: 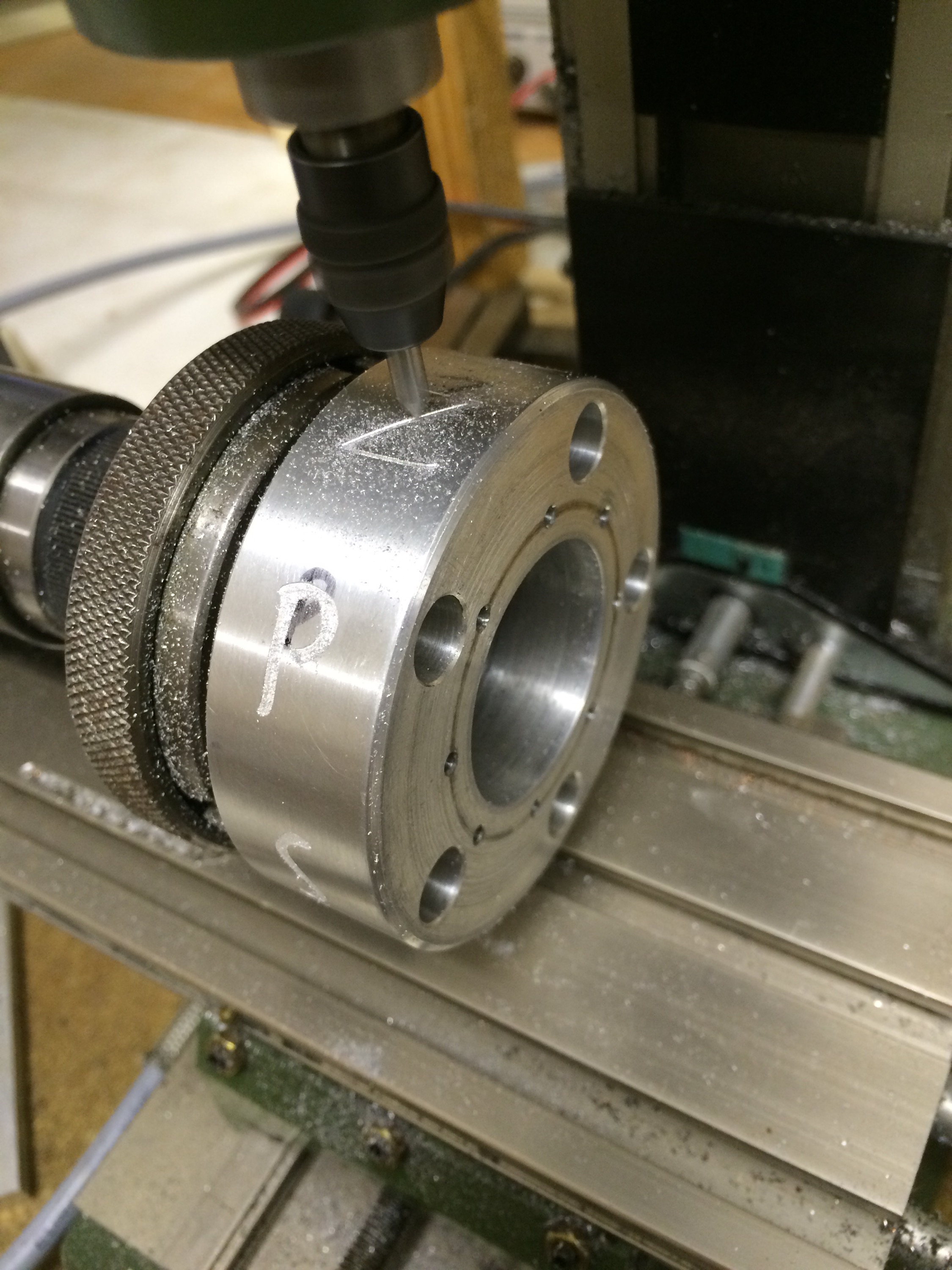 The little mill struggled with a heavy lump of Swiss precision engineering on its bed so I rigged up a counterweight of two hammers, supported over my pillar drill. Not pretty but it got the job done! 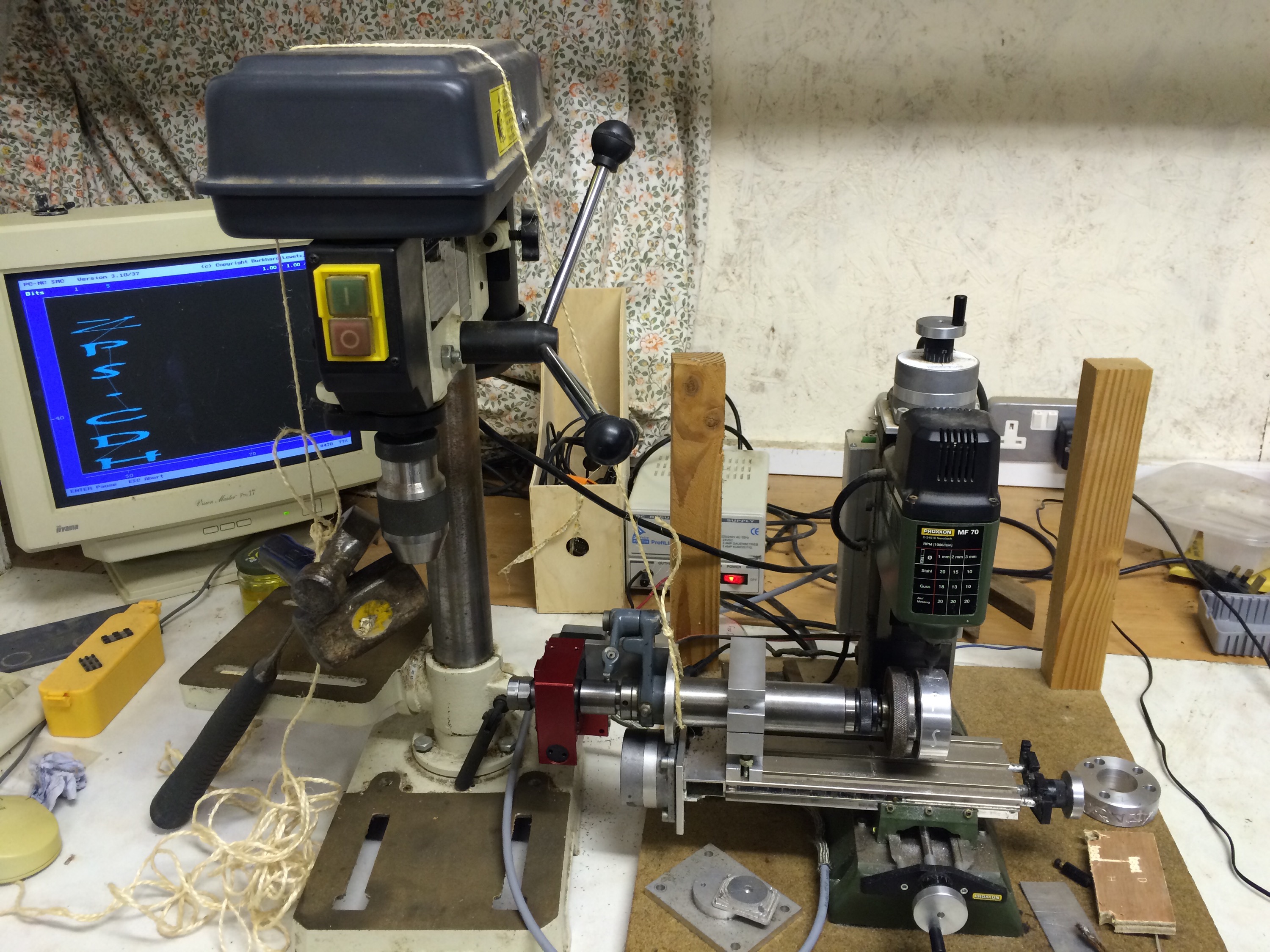