It’s a small step forward but it feels like I’m making some progress – I’ve made a punch and die set to cut wheel blanks.

The idea of cutting lots of circles from thin titanium by hand didn’t appeal, so I made a punch and die from tool steel. The steel turned surprisingly easily with a satisfyingly good fit between punch and die. The parts were then hardened by heating with a small blow torch and quenching in cooking oil. The punch got to a dull red glow but the die, being that bit bigger, never got that hot and so may not be very hard. It certainly marked when tested with a file. 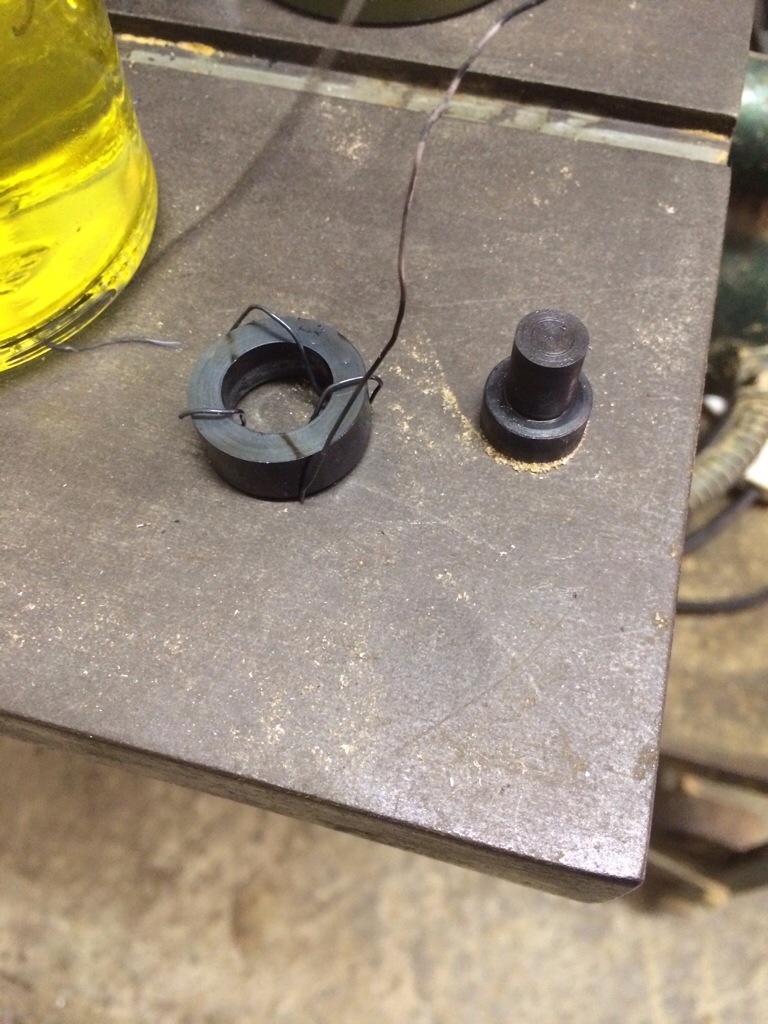 The initial test in the press showed that a fair bit of force was needed, which meant I needed to move the arm of the press closer to horizontal at the point of contact. This was simple enough – removing the gib strip have enough clearance between the rack and pinion that I could slip one past the other. 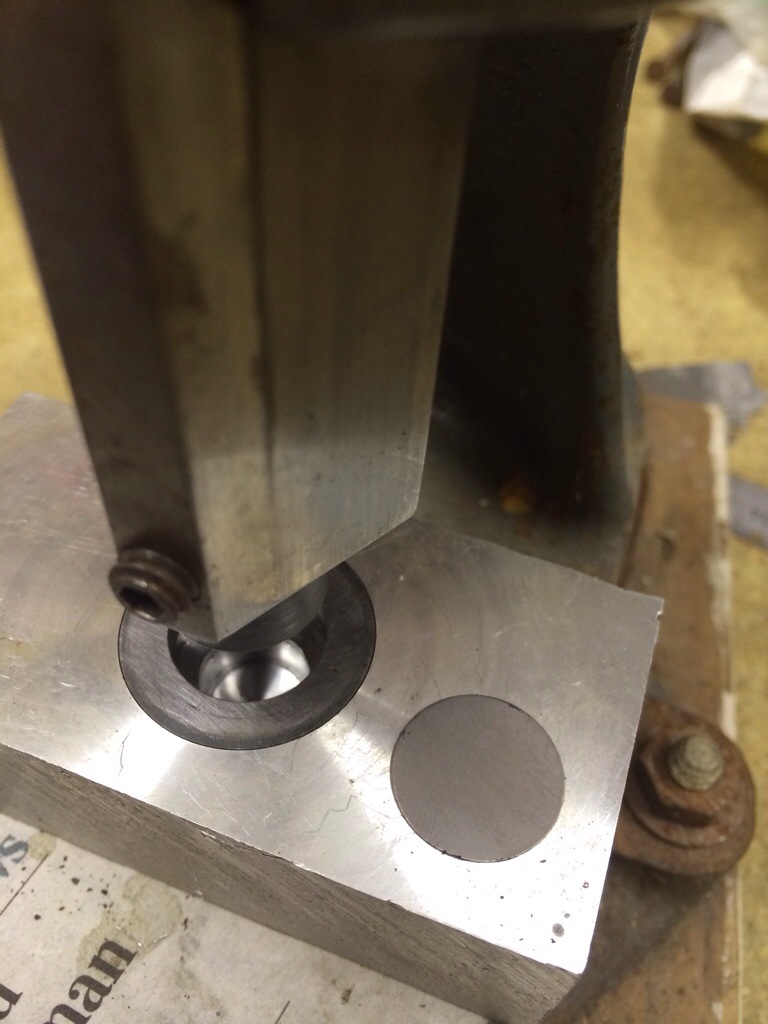 The punch worked well for the first 16 blanks but then the force I was applying got the better of it. I’ll be using a fly press next time. 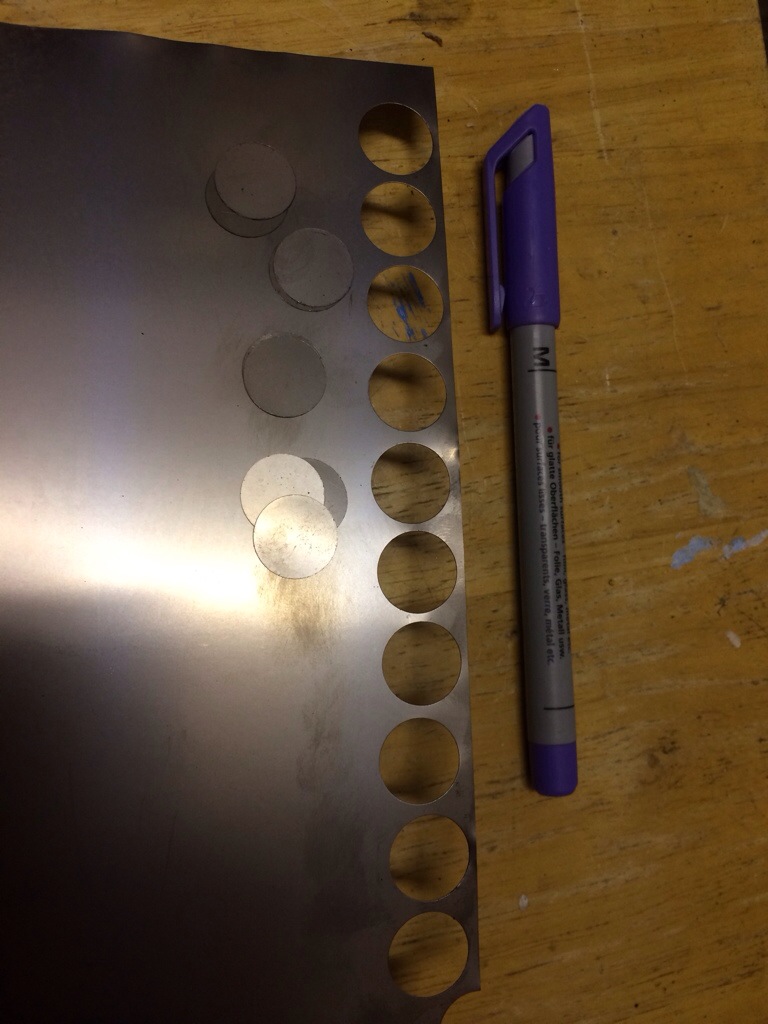