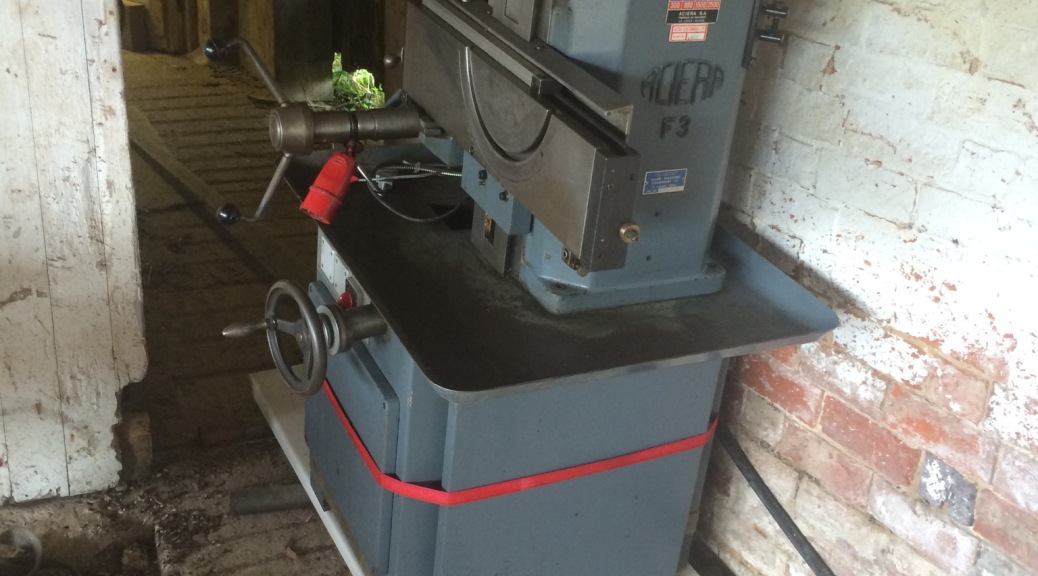 One thing is for sure – while the F3 isn’t that big, it is certainly solidly built. Having learned from the effort involved to get the 750kg of Hardinge lathe up the slight incline into the workshop, the F3 was slid onto a length of kitchen worktop with short lengths of scaffold pole underneath as rollers. 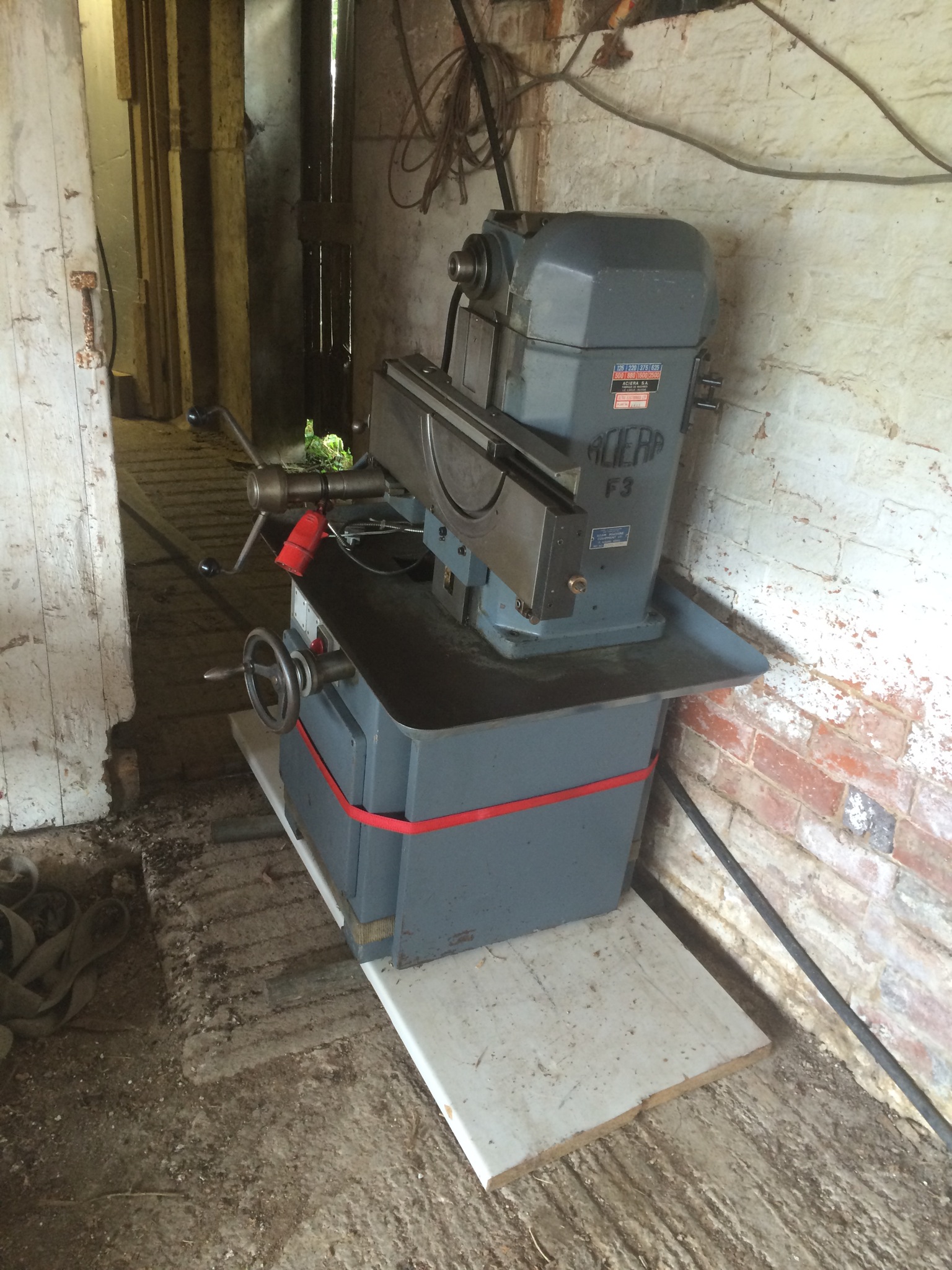 One end of a ratchet strap was looped around the bottom of the base, with the ratchet itself attached to a strong anchor inside the workshop. This was used as a winch.

Moving the machine was a gradual process: the cycle involved ratcheting the machine forwards until the rather was full of strap, running back to behind the machine to wedge it, then releasing the ratchet for the next pull. This moved the machine forward by about 30-40cm each iteration, with a fair bit of time spent edging the F3 and its board sideways to allow passage up the narrow corridor. 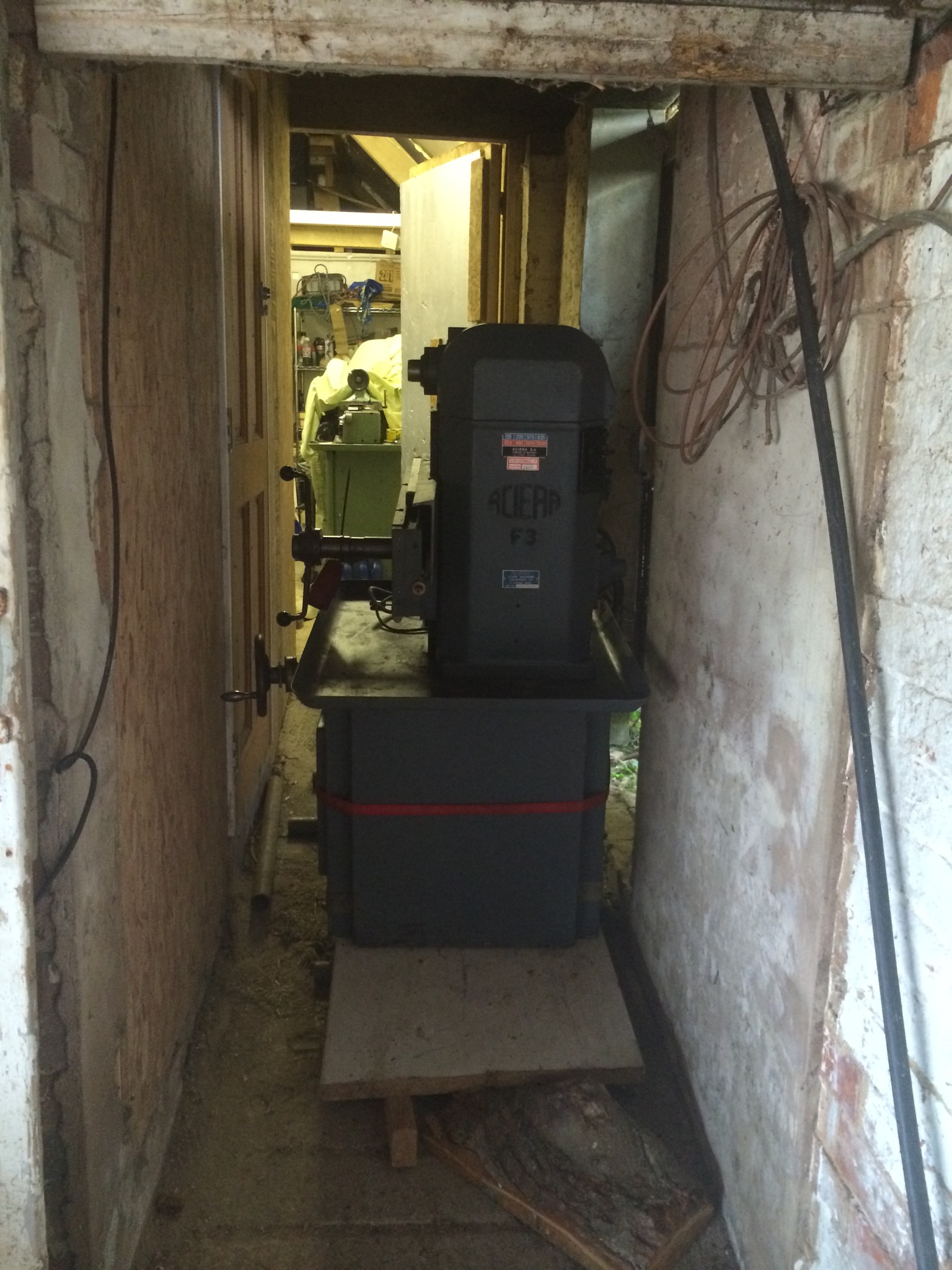 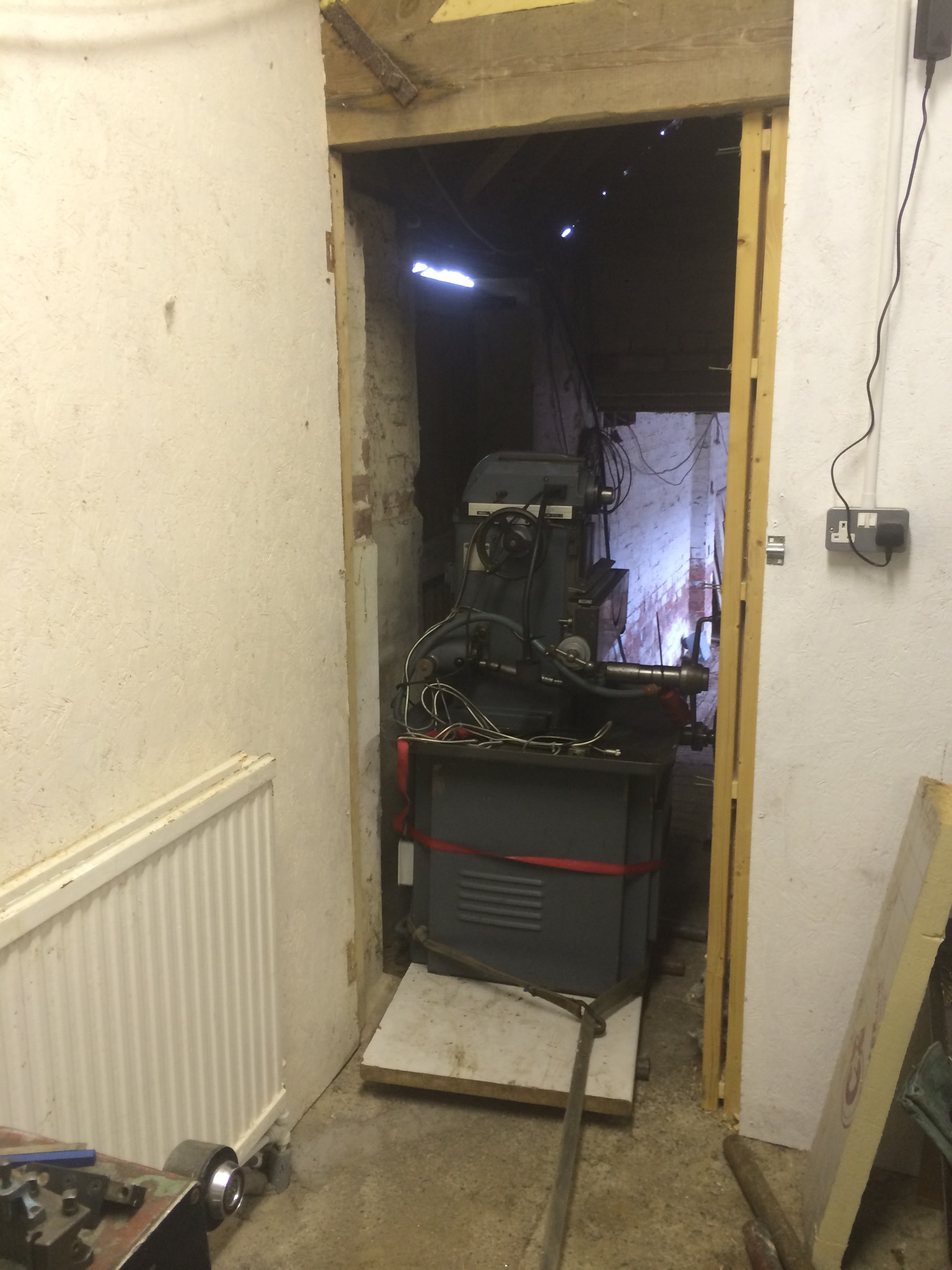 The doorway into the workshop is not the widest, necessitating removing of the Z axis hand wheel. On the F3 this just involved a gentle tap with a drift on the end of a taper pin, which reduced the width enough to ease its passage.

Finally it entered the workshop, next to the Tom Senior M1 that it is to replace. All that remained was to I’ve the M1 out of the way, which, despite it appearing to be larger than the F1, was remarkably simple. 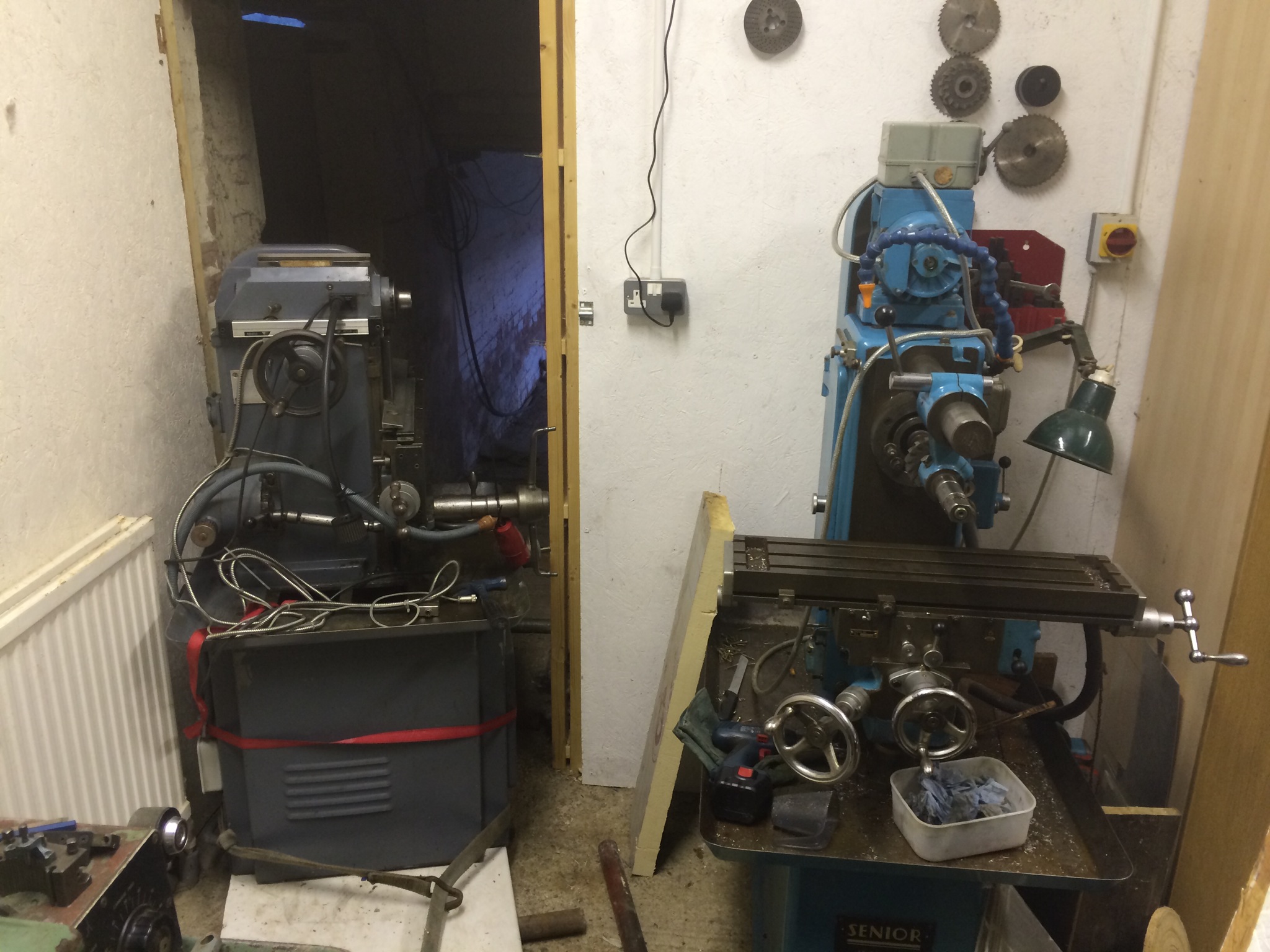 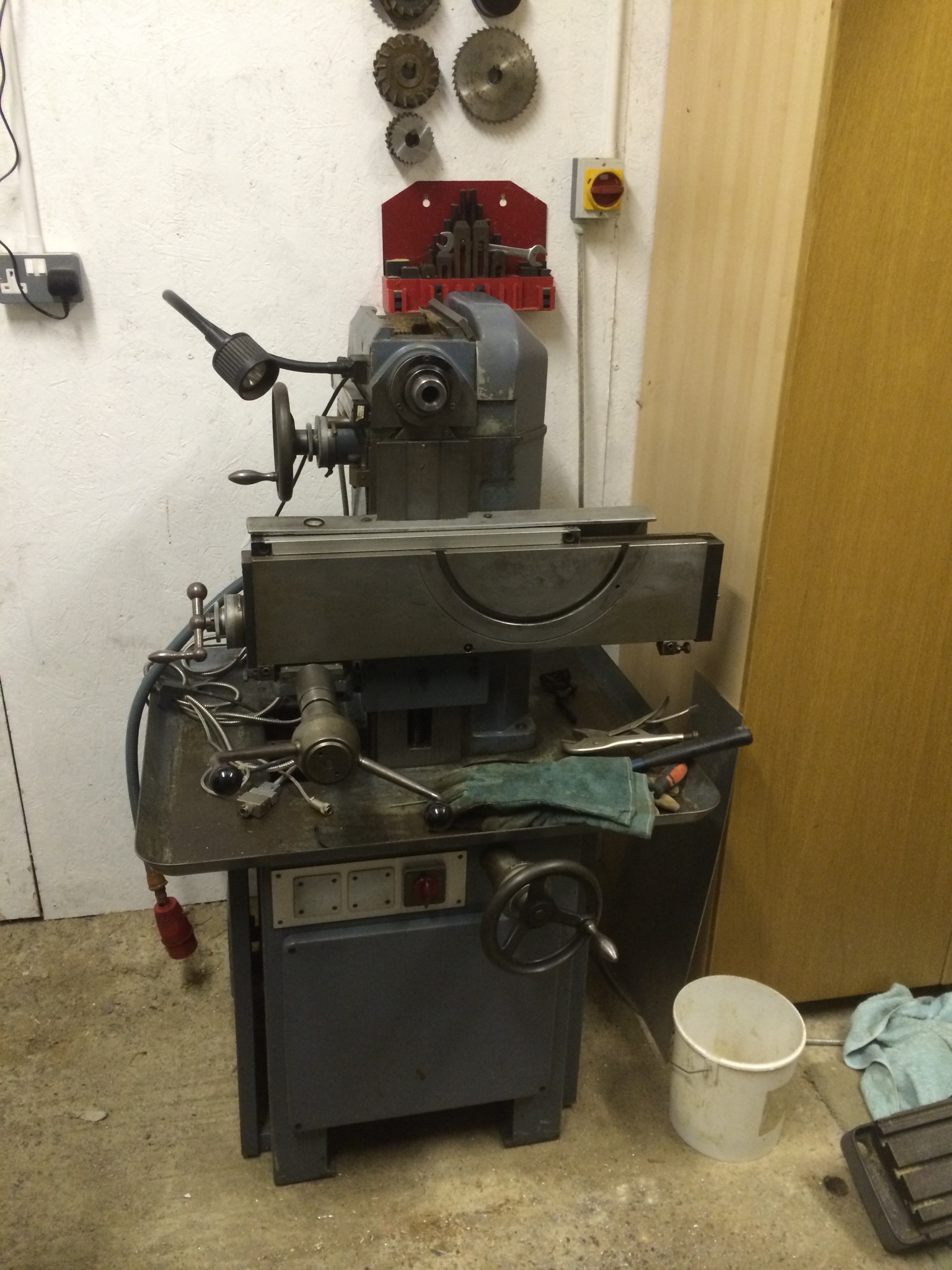