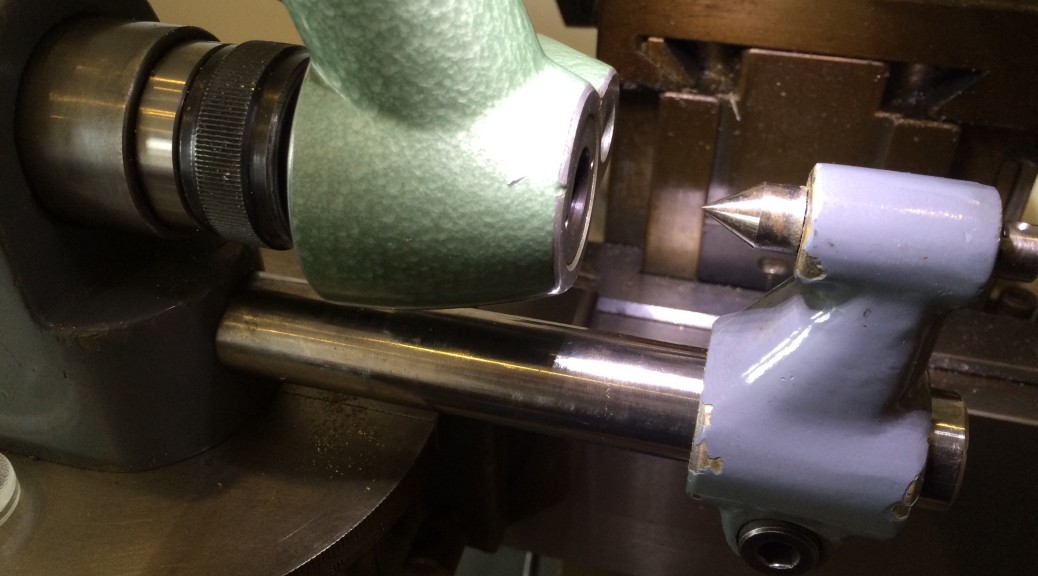 I had been having problems when trying to cut pinions, ending up with misshapen leaves as if the cutter was off centre. The centring scope had been used to centre the cutter each time so this was suspect number one.

A quick search on the web for the maker of my scope, Aubert, revealed they were still in business. They even provide instructions for their current scopes on their website (http://www.marcel-aubert-sa.ch/produkte/anleitung/anl_pdf/anl_mik/m02_mik_111_118.pdf).

I put a block of aluminium in the vice of the F1, drew a patch of black with a marker and made the smallest cut I could with a fine point engraving cutter: 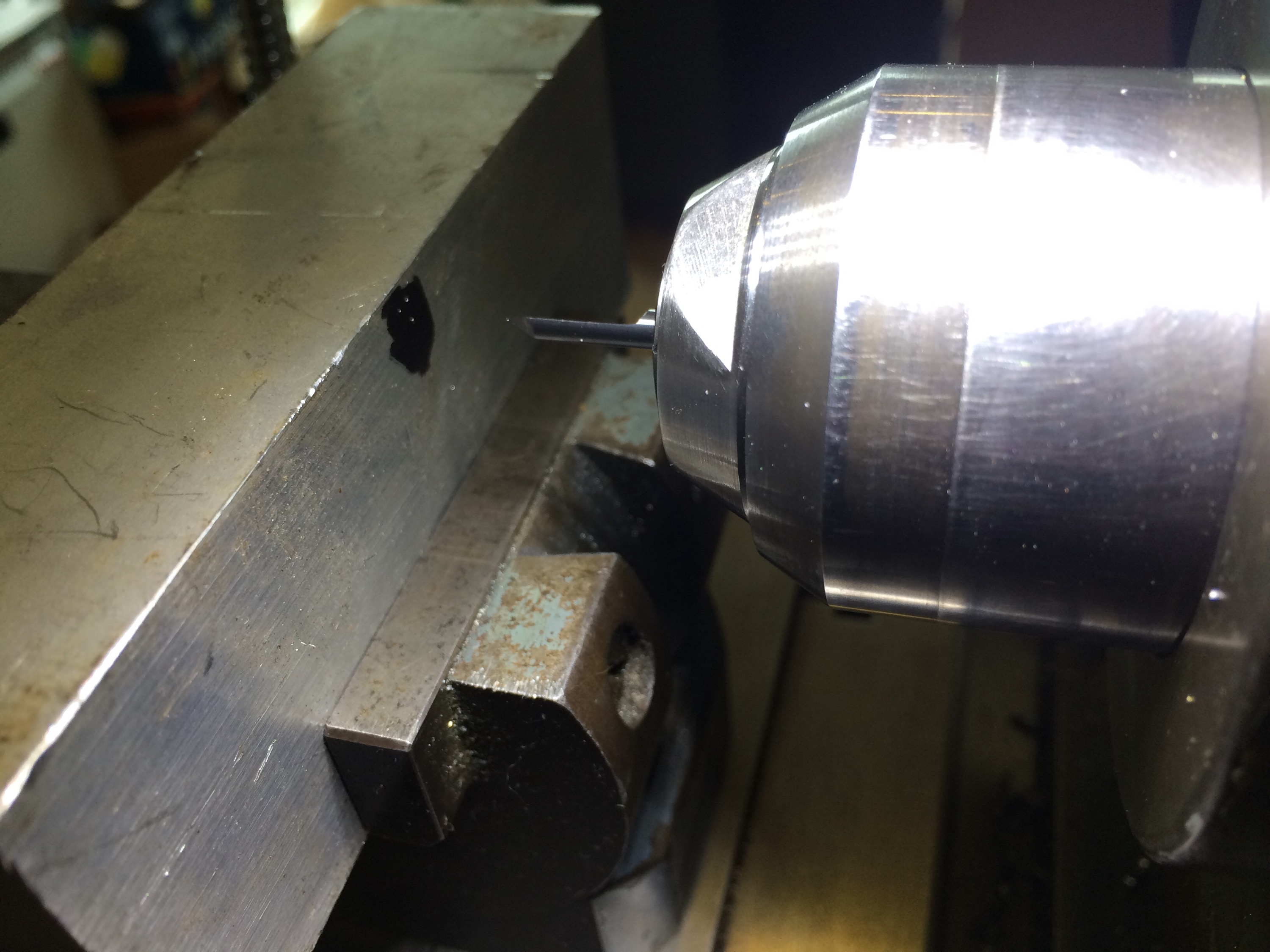 The process of adjusting the cross hairs in the scope then took a couple of minutes, one hex key on each side as per the instructions: 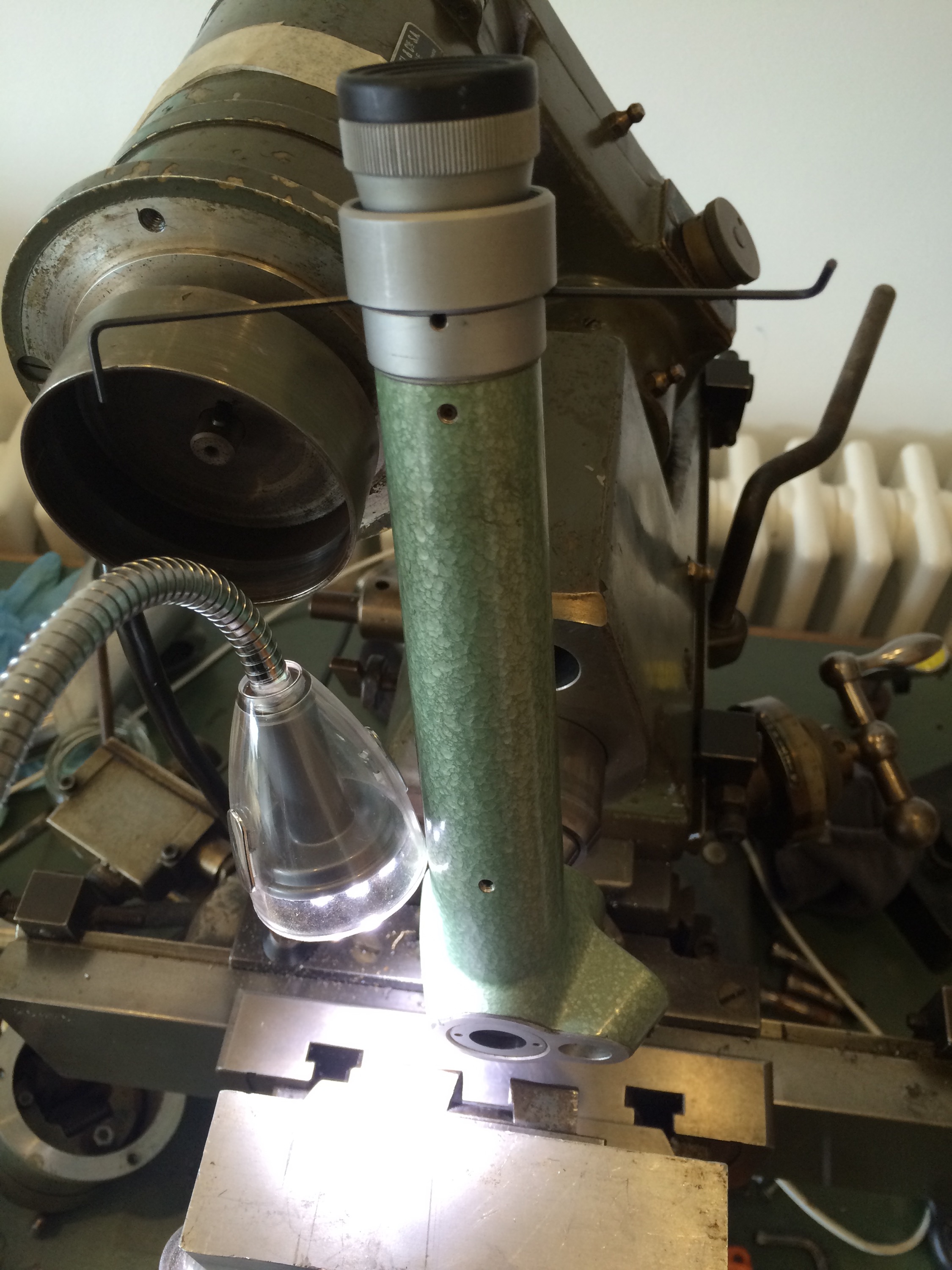 Tests at various angles proved the centring was now accurate. By using the F1 slides to put the mark back where it had been I estimate that it was about 0.08mm out in two axes, easily enough to make a mess of 0.14 module pinions where the leaves are about 0.15mm at their widest.

I then cut a couple of test teeth in a pinion, only to discover that they were still not straight. Increased magnification was needed, so I tried adding the macro lens for use with a smartphone: 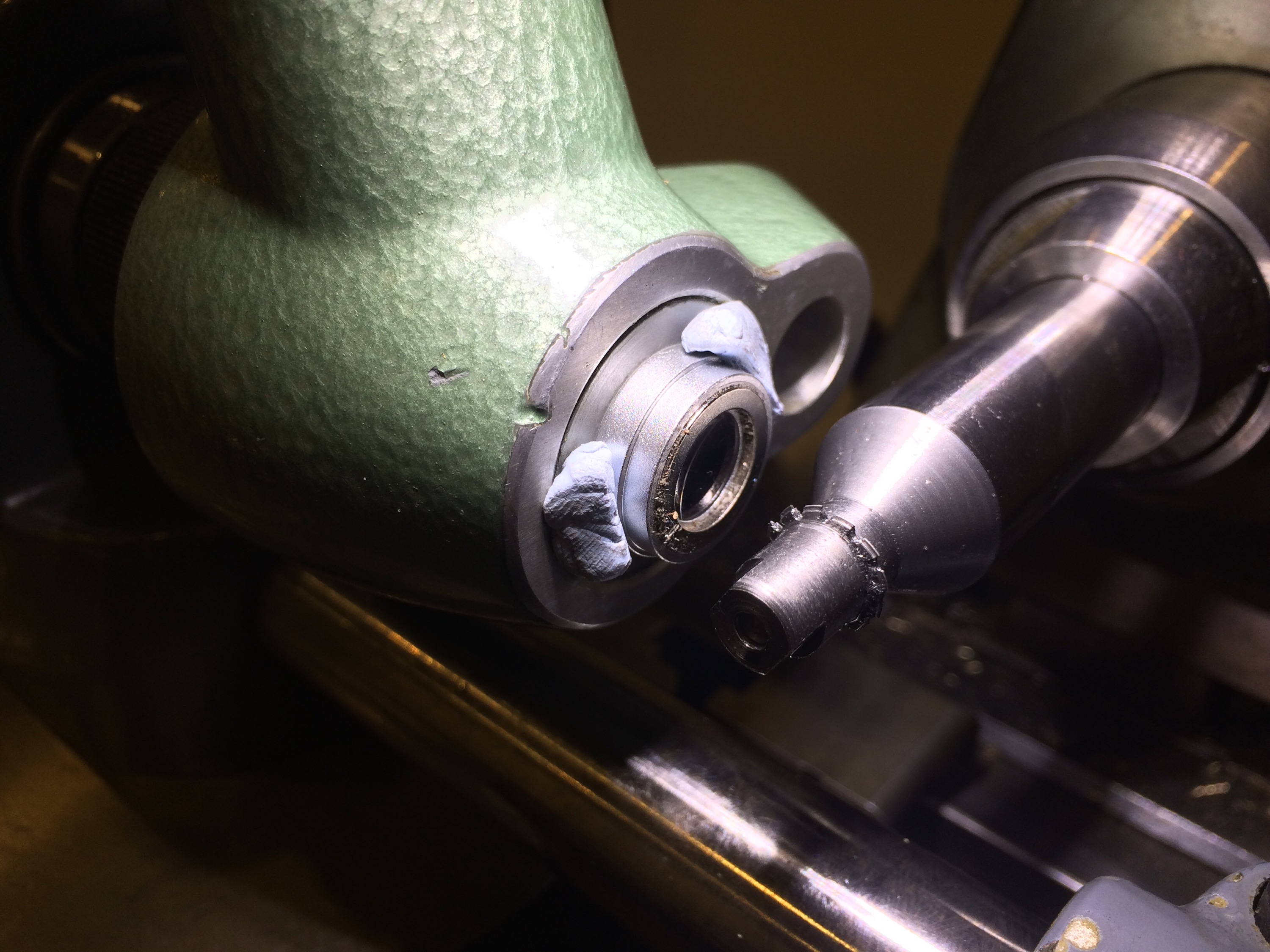 From another test pinion it appears that the increase in magnification, together with another go at alignment, now allows me to successfully centre objects.